Back to All Professionals
David J. Freedman
Partner

David also counsels employers on issues related to employee discipline, termination, workplace harassment, wage and hour compliance, and compliance with federal and state laws such as the Fair Labor Standards Act, the FMLA, Title VII, the ADA, the Fair Credit Reporting Act and numerous other employment laws. He has experience counseling employers from a wide variety of industries including the hospitality industry. Some examples of David’s counseling experiences are:

David provides extensive counseling and training for administrators, faculty and staff regarding student rights and discipline issues arising under a host of federal and state laws including the Pennsylvania Fair Educational Opportunities Act, the Pennsylvania Human Relations Act, the Americans with Disabilities Act, Title IX of the Educational Amendments Act, the Clery Act, and the Violence Against Women Act. David has assisted colleges and universities in drafting and implementing Title IX-compliant sexual misconduct policies and grievance procedures. David has also served as a part-time Title IX coordinator at a private college in Pennsylvania, giving him a unique “insider’s” perspective regarding the complex nature of Title IX compliance. He has conducted extensive, comprehensive internal Title IX investigations. David also provides institutions with counseling regarding faculty hiring, promotions and tenure removal issues. David has also represented public and private colleges and universities in a diverse array of litigation matters. Some of David’s more notable litigation matters for colleges and universities include the following:

David also maintains a robust pro bono immigration practice, representing victims of domestic violence, sexual assault and LGBT persecution. He has handled asylum, U-Visa cases, and has represented a habeas corpus petitioner. David currently serves as the lead attorney in the U Visa Litigation Project, which has involved filing federal lawsuits against the U.S. Department of Homeland Security for failure to timely decide U visa petitions filed by victims of domestic violence and sexual assault. The Project is a joint effort among the Pennsylvania Immigration Resource Center, volunteer law students from the University of Pennsylvania Carey School of Law, and volunteer attorneys from the Lancaster County Bar Association, the York County Bar Association, the Dauphin County Bar Association, and the Federal Bar Association for the Middle District of Pennsylvania. The Project is a “first of its kind effort” and its efforts have been chronicled in a number of media outlets including The Associated Press, The Philadelphia Inquirer, and CBS-21 News. David is in the processing of assisting the creation of a similar project in the Richmond, Va. area. David also previously volunteered for the Pennsylvania Innocence Project, investigating inmates’ claims of wrongful conviction.

Prior to joining Barley Snyder, David served as an assistant city attorney for Richmond, Va., representing the city in police liability and other civil rights matters under 42 U.S.C. § 1983, the Voting Rights Act, Title VII, the ADA, as well as cases involving construction law, automobile accident liability and other miscellaneous tort and criminal matters.

Earlier, David was an associate with McGuire Woods, LLP, in that firm’s Richmond, Va., office. David started his legal career as a law clerk for the Honorable Sylvia H. Rambo, U.S. District Judge for the Middle District of Pennsylvania. 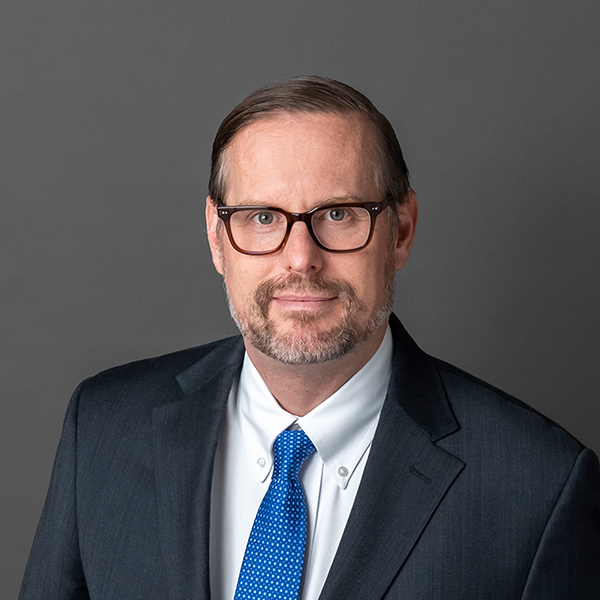 For Immediate Release Lancaster, Pa. – For a third time, the Pennsyl...

The U.S. Department of Education has decided to agree with the ruling of a ...

Please join us for the remaining sessions of our Vaccine Webinar Series! In...

Fixing the U Visa Backlog

Pennsylvania government is urging the state’s colleges and universities e...

Should Employers be Preparing to Mandate COVID-19 Vaccines?

Employers are starting to examine whether they can or can’t require their...

The Pennsylvania Departments of Health (DOH) and Education are now strongly...

Individuals living and working in the U.S. on temporary visas may still wan...

The U.S. Department of Labor has issued new guidelines for when eligible em...

The rest of 2020 will be a difficult year for employers seeking to hire for...

In the second culturally important decision this week, the U.S. Supreme Cou...

Employers must document employees’ need for leave if they wish to take ad...

While the COVID-19 pandemic is crushing most businesses, certain “life-su...

DOL Updates Guidance Regarding the Tip Credit for Side Work

Hospitality employers now have clearer guidance regarding the “tip credit...

Every year around this time employers subject to the H-1B visa cap start co...

The International Entrepreneur Rule is Back . . . for Now

The International Entrepreneur Rule: first it was on, then it was off,...

(Note: This is the first in a series of new immigration enforcement policie...

Last week the Department of Homeland Security announced that it would delay...

Introducing the New(est) Form I-9

U.S. Citizenship and Immigration Services has announced that employers must...

ICE Officials: More Workplace Enforcement and New Form I-9 on the Way

In an 8-1 decision issued today, the United States Supreme Court found that...

Lancaster, PA – The law firm of Barley Snyder is pleased to anno...

Executive Action on Immigration: What’s in It for Business?

On October 31, 2012 the Office for the General Counsel of the National Labo...

To learn more about our Business Law Group, click here. Do you have a topic idea for a future episode? Please send your suggestions to barleypodcast@barley.com. DISCLAIMER: The information contained in...

In this episode, guest host and partner Josh Schwartz interviews partner and chair of our Higher Education Industry Group David Freedman about the Department of Education’s new proposed regulations regarding Title IX and the...

Webinar Replay: The Impact of the COVID-19 Vaccines on Higher Education

The webinar titled “The Impact of the COVID-19 Vaccines on Higher Education” was presented on Wednesday, January 20, 2021 as part of Barley Snyder’s industry-focused COVID-19 Vaccine Webinar Series. About...

In the second episode of season two’s Barley Snyder Legal Update Podcast, partner David Freedman is joined by some of his fellow attorneys to the discuss the potential legal issues surrounding the...