Back to All Professionals
Jill Sebest Welch
Partner

Jill is a partner in and chair of Barley Snyder’s Employment Practice Group, where she counsels companies in handling workplace challenges and helps clients resolve disputes, claims, cases, and litigation in all aspects of labor and employment law.

As an employment law counselor, Jill assists in developing employment policies, employee handbook provisions, non-compete and restrictive covenants and severance agreements, and has assisted companies through difficult layoffs and reductions in force. Jill serves as her clients’ counselor-on-call, advising clients daily on a myriad of employment issues such as Internet and drug and alcohol abuse, evaluating requests for Family Medical Leave Act and military leaves of absence, questions under the Fair Labor Standards Act, using criminal background checks in hiring, conducting terminations, and other workplace challenges.

Jill was selected to the 2012, 2013, 2014, 2015, 2016, 2018, 2019 and 2020 Super Lawyers list. The Super Lawyers list is issued by Thomson Reuters. A description of the selection can be found  at www.superlawyers.com/about/selection_process_detail.html. No aspect of this advertisement has been approved by the Supreme Court of New Jersey.

For the comparison standards employed by Super Lawyers, please visit superlawyers.com. No aspect of this advertisement has been approved by the Supreme Court of New Jersey. 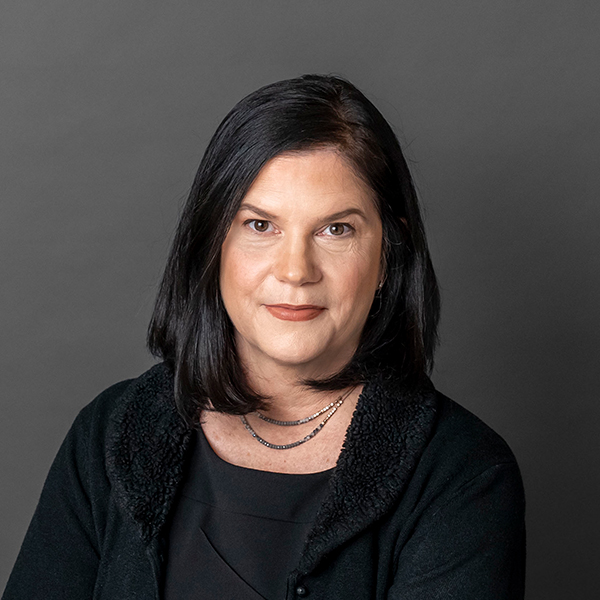 Pennsylvania Dutch Council of the Boy Scouts of America

EEOC Updates Guidance on Employer Use of Assessment Software, Algorithms and AI

U.S. Department of Labor Issues Guidance for Mental Health Conditions Under the FMLA

In updating its guidance, the U.S. Department of Labor noted that nearly on...

A Pennsylvania task force formed in 2020 to study the effects of misclassif...

The December 8 deadline looms for federal contractors to have their workfor...

The U.S. Department of Labor has issued its long-awaited final tip credit r...

There has been considerable upheaval in Pennsylvania’s overtime regulatio...

For Immediate Release  Lancaster, Pa. – With laws and regulatio...

A recent U.S. Supreme Court decision may have hampered the ability of exter...

The U.S. Department of Labor released a proposed rule this week aimed at pr...

You may have seen “no-hire” or “no-poach” agreements – provisions...

The U.S. Department of Labor looks like it may scrap a final rule that woul...

Pennsylvania’s new overtime rules were finally published in the Pennsylva...

Quick on the heels of the New York federal court decision invalidating four...

Two months ago, businesses were ordered to close their doors to battle the ...

On the heels of a federal complaint filed against Smithfield Foods, the fed...

The U.S. Department of Labor has issued guidance on the criteria small busi...

The U.S. Department of Labor has released the notice that companies must po...

Coronavirus Risk Assessment, the ADA and FMLA (Part 2 of 3)

(Note: This is Part 2 in a series of alerts for employers concerning the co...

(Note: This is Part 1 in a series of alerts for employers concerning t...

Pennsylvania One Step Closer to its Own Overtime Salary Threshold

Minimum salary thresholds for overtime pay have been a lightning rod for co...

The U.S. Department of Labor finalized its “joint employer” rule&n...

On the heels of September’s final federal decision on increased over...

The U.S. Department of Labor finally settled on the salary thresholds regar...

In the wake of the #metoo movement, victims’ advocates pushed for measure...

More than a million more American employees would be eligible for overtime ...

DOL Weighs in on Additional Compensation for Professionals

Your company is headed into a year-end crunch with multiple projects all fa...

In a 3-2 vote along party lines, the Republican-appointed National Labor Re...

Larger employers no longer have the immediate worry about collecting and an...

Check the DOL’s Overtime Rule for a Pulse

By now, you’ve likely heard that the U.S. Department of Labor’s overtim...

DOL Signals Change May Be in Store for Overtime Rule

Two moves by the U.S. Department of Labor at the end of June signal changes...

In welcome news to employers – and their counsel – U.S. Department of L...

A landmark decision from a federal appeals court declared for the first tim...

Over 2,300 current and former employees of 16 McDonald’s franchisee locat...

The U.S. Department of Labor (DOL) has issued the final version of its long...

This week, the U.S. Supreme Court issued a ruling in the case of Tyson Food...

On Tuesday, the U.S. Department of Labor (DOL) sent its much anticipated fi...

Over 2,300 current and former employees of 16 McDonald’s franchisee locat...

Lancaster, PA – The law firm of Barley Snyder is pleased to anno...

With Republicans in control of both the Senate and the House of Representat...

When a federal agency deviates significantly in its historic interpretation...

Lancaster, PA – The Law Office of Barley Snyder is pleased to an...

Does the Mere “Intention To Be Legally Bound” Make a Non-Compete Agreement Enforceable? Pennsylvania Superior Court Answers “No!”

To be enforceable, a non-compete agreement that restricts a former employee...

Do Companies Need To Pay Employees For Their Commute Back From the Construction Worksite At The End Of The Day?

Clients often ask whether their employees need to be paid for the time that...

Wal-Mart Fails to Overturn Award of $187.6 Million For Wage and Hour Violations, But Pennsylvania Superior Court Sends $45.6 Million Award of Attorneys’ Fees Back to Trial Court Due to Potential

Is Your Non-Compete Valid Under Pennsylvania Law?

Employers engaged in enterprises that involve trade secrets and confidentia...

My Employee Is Leaving: What Do I Owe and What Can I Deduct at Termination?

Employers frequently ask what they owe their employees at the time of termi...

2022 Wake Up With Barley: A Morning on Real Estate – Recording

We hosted the “Wake Up With Barley: A Morning on Real Estate” seminar on Wednesday, May 25, 2022 at the Country Club of York. Barley Snyder’s Real Estate, Municipal &...

We hosted our 2022 Reading Business Seminar on Thursday, April 14 at Berkshire Country Club as part of our annual Business Seminar Series. The first recording features our keynote presentation...

This presentation recording titled “Choose Your Direction” was presented on Monday, September 13, 2021 as part of The High Center’s On the Road Series. About the Presentation: Recent events have...

The State of the Regional Lending Environment: A Moderated Discussion Webinar Replay

This webinar titled “The State of the Regional Lending Environment: A Moderated Discussion” was presented on Wednesday, April 7, 2021 as part of Barley Snyder’s LendiCon Virtual Event Series. We...

Webinar Replay: The Impact of the COVID-19 Vaccines on Higher Education

The webinar titled “The Impact of the COVID-19 Vaccines on Higher Education” was presented on Wednesday, January 20, 2021 as part of Barley Snyder’s industry-focused COVID-19 Vaccine Webinar Series. About...

Wake Up with Barley: A Morning on Real Estate Webinar Replays

The webinar replays below are from our “Wake Up with Barley: A Morning on Real Estate” virtual seminar held on Tuesday, December 8. Our Barley Snyder attorneys were joined by...

The webinar titled “The Banking Landscape in Light of COVID-19 & Current Market Conditions” was presented by Barley Snyder on Wednesday, December 2 as part of our Virtual Business Seminar...

In the second episode of season two’s Barley Snyder Legal Update Podcast, partner David Freedman is joined by some of his fellow attorneys to the discuss the potential legal issues surrounding the...

The webinar titled “Raising Capital in 2020” was presented by Barley Snyder on Thursday, November 12 as part of our Virtual Business Seminar Series. About the Webinar Our keynote speaker...

This webinar titled “Pandemic Contingency Planning” was presented by Barley Snyder and hosted by the Lancaster Chamber on Tuesday, July 14 . The webinar covered key topics your plan should...

This webinar titled “Running Your Business Under Green: Some Lessons Learned and Direction for the Future” was presented by Barley Snyder on Friday, June 26. The webinar highlighted the various aspects...

This webinar titled “Reopening the Hospitality Industry: Current Guidelines, Possible Risks and Future Scenarios” was presented by Barley Snyder on Monday, June 22. The webinar focused on the steps business owners...

The Expected Impact of COVID-19 on M&A: A Look at the “New Normal” Webinar Replay

This webinar titled “The Expected Impact of COVID-19 on M&A: A Look at the ‘New Normal'” was presented on Thursday, June 18 by Barley Snyder along with Boenning & Scattergood....

Business Practice Group partner Paul Mattaini (pronunciation: “Muh-tiny”) recently was a guest on the “Smart Business Dealmakers Podcast,” where he talked about how he thinks the COVID-19 pandemic will affect...

This webinar is the third part of a three-part series presented by the Greater Reading Chamber Alliance on June 3 designed to help employers better prepare to re-open their businesses now counties...

This webinar is the second part of a three-part series presented by the Greater Reading Chamber Alliance on June 2 designed to help employers better prepare to re-open their businesses now counties...

This webinar titled “What Employers Should be Thinking About to Get Back to ‘Normal'” was presented on May 26 by Barley Snyder for the Harrisburg Regional Chamber & CREDC. The...

The Legal Implications: Re-Opening Your Business in Defiance of the Governor’s Order Webinar

As the COVID-19 pandemic progresses, some Pennsylvania counties stated that they will defy the Governor’s stay-at-home order and transition from the “red phase” to the “yellow phase.” What potential legal...

COVID 19 HR “Back to Business” Webinar

This webinar, presented by partner Michael Crocenzi and attorney Sarah Yerger on Monday, May 11 for the Human Resources Professionals of Central PA, focuses on preparing employers for the physical return into the workplace....

Getting Your Business Back To Business COVID-19 Webinar

As the state and federal governments begin developing plans for the gradual reopening of business, what issues should business owners and human resource managers be thinking about to be prepared...